Senior distance runner Jodi Ann Martin signed a National Letter of Intent today to run for the University of Montevallo. Jodi Ann becomes the second signee out of the class of ’17 for Walker High School. 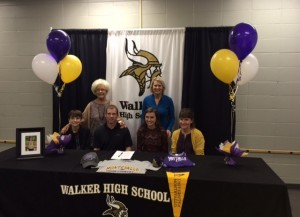 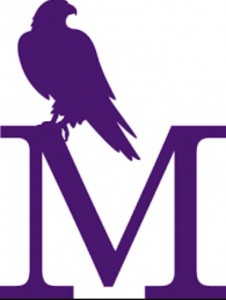 Jodi Ann will run Cross Country, Indoor, and Outdoor track for Montevallo, but chose Montevallo over the other schools that were recruiting here because of her relationship with Cross Country Coach, Julia Marquardt.

She was drawn to Montevallo because of the success of their program (Final Ranking of 20th in DII polls), but her decision became apparent following one piece of advice that Coach Marquardt gave her. During her recruitment, Coach said “Just pray about it, and you will know where you are supposed to be”. This little piece of advice served to solidify Montevallo as the right place, and Marquardt as the right coach.

While at Montevallo, Jodi Ann will study Kinesiology, with future plans of being a physical therapist.

She would like to thank everyone who has supported her along the way and played some part in helping her become who she is today. She named her family as one of her biggest inspirations, but would also like to thank all of her coaches who have helped her achieve this goal. She would like to send out a special thanks to Coach Mark Aldridge, who trains her several morning during the week before daylight.

We would like to thank Jodi for the lasting impact that she has made on Walker High School, and we look forward to seeing lives that she will impact at Montevallo.