In running, the small things are what separates “the greats” from those who are merely participants. The smallest little detail, such as the plant of the foot or the swing of an arm are the difference between winning and losing, personal records and being close.  After observing many successful people and some who are not so successful, it seems “the little things” separate those two groups as well. The people who dominate the diminutive seem to have more things go their way than those who do not. This week’s student athlete of the week seems to have figured this out at a young age. It has made her a great runner, but has also made her a great person. For this reason, Warehouse 3Nineteen recognizes Carlee Muncher as its Student Athlete of the Week. 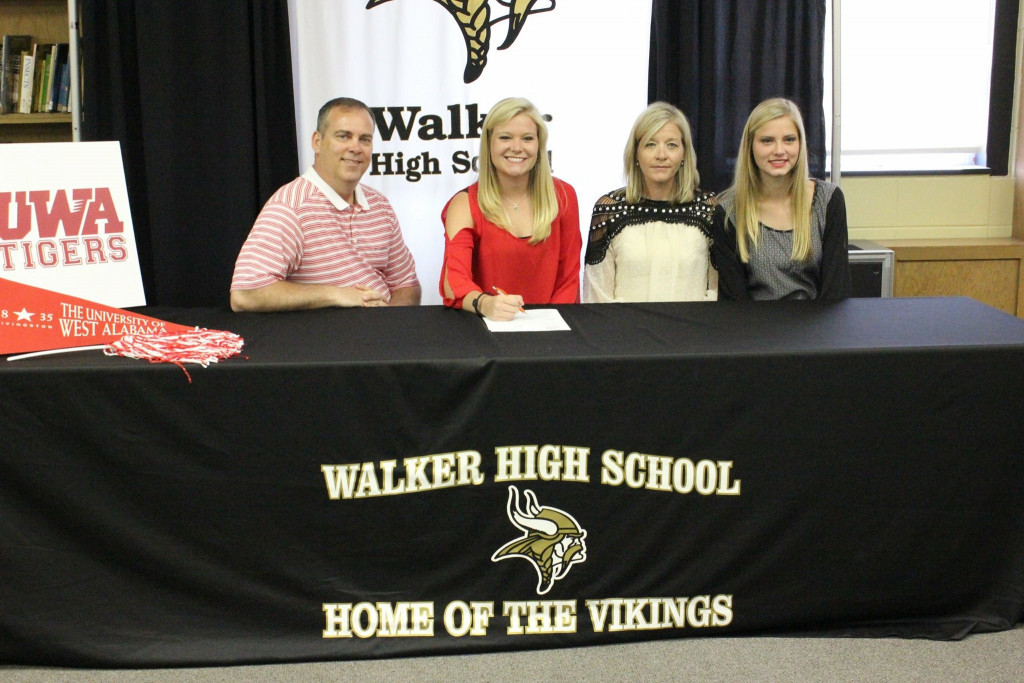 Carlee is a Junior at Jasper High, and is the daughter of Monica and Jerry Muncher. This year will mark her fifth letter in Cross Country, her fourth letter in Outdoor track, and her second in swimming. She carries a 4.0 grade point average while being a member of the National Honor Society, Key Club, Spanish Club, Fellowship of Christian Athletes, and being active in her youth group at First United Methodist Church in Jasper, under the leadership of Stuart Branstetter.

Future plans are something that Carlee seemed to light up about when asked. She says her plans are to attend Wallace State Community College and compete in Cross Country, followed by an Elementary Education Degree from a four year institution. Upon graduating, she plans to come back to Jasper and teach elementary school, and further impact the young lives of our community.

Carlee’s attention to the “small things” are what separates her from most young people her age. She sees the “small things” as an opportunity to help her coaches, but also as things that teach big lessons. Carlee makes it a point to run with the younger kids at practice to help mentor them and bring them along as the oldest member on the women’s cross country  team. This is something that is just simply overlooked by most upperclassmen in today’s world. Taking the time to impact others has made her a better person and has made a difference in the lives of those who she takes time with. Another opportunity to focus on the small things in people’s lives took place when she went on a mission trip to Queens, one of the five boroughs of New York City. When asked about her trip, she said that the group just did “small thing”, like clean up parks, pick up trash, love on the elderly at nursing homes, and pray with people. She was able to see how those “small things” added up to be big things to the people that they were able to minister to. That mission trip has mirrored life for Carlee. She now sees how “small things” that do not take much time have the power to change lives.

When asked about what she will miss most about high school when her time at Jasper High is over, Carlee said she will miss “the home atmosphere here. You don’t feel like you are out in this whole big world. It is a family atmosphere”. Her most memorable high school experience occurred when she had the opportunity to compete on the same cross country and track teams as her sister, Caitlyn (a standout athlete at Walker, and currently a triathlete at The University West Alabama) from the 7th through 9th grades.

Carlee says that she has learned many valuable lessons as an athlete, but the main one that she will take with her is “that people are always watching what you do, and you don’t know who it impacts. People appreciate the small things, and part of being a leader is handling the small things”. If she could go back and have a conversation with her 7th grade self, she would give the following advice: When running, “Even if your time does not go down, it is okay. That just means that you have room for improvement”. Her next piece of advice is “Don’t get so caught up in what others think of you, just go out and do your best, and do what is best for you”.

In every student’s life, there is always a teacher that has a great impact on them, and who they eventually become. Carlee has found that in Coach Greg Tinker. Coach Tinker taught Carlee Middle School History, but taught her even more about life. He taught her and the rest of her class valuable lessons, “small things”, that she still thinks about and has helped to make her the person that she is today.

We would like to thank Warehouse 3Nineteen for helping us recognize Carlee and all of the other student athletes of the week each and every week. Go by and see our good friends at Warehouse. Tell them the Vikings sent you!