Have you ever watched anyone play chess that could really, really play? It’s as if they see the moves ahead of time in their head. They see the entire board, and understand how every move impacts the next. They also understand that no move is singular in nature. Every move is depending on the one before it, and they are all connected. When interviewing this week’s Student Athlete of the Week, it is evident that he sees life in this manner. He understands that each choice that he makes leads to the next, which in a sense determine his path in life. And just like Bobby Fischer, he sees the whole thing play out in his head before he ever makes a move. He’s smart, he’s kind, he puts others before himself, he’s a team player, and most of all, he wants no credit. Jacob Studdard has all the qualities that you would love to see in your son, and all the qualities that I pray for in my future son-in-laws. He is this week’s Warehouse 3Nineteen Student Athlete of the Week.

Jacob Studdard is the son of DeAnna and Todd 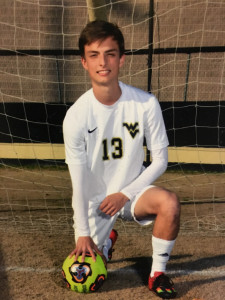 Studdard, and is a Senior Soccer and Football Player. He is a Specialist in football, handling the place kicking and punting duties. In soccer, he is a back right defender. Jacob carries a 4.53 GPA in AP courses, and says the class that kept him from having a perfect GPA was a History 202 class at Bevill State (He made an 89). He has already earned 17 collegiate credits and a 33 on the ACT (He believes he has one perfect English score to his credit).

A member of the National Honor Society, Beta Club, Spanish Club, and Mu Alpha Theta, Jacob is most proud of his membership at his church. An active youth leader at Westside Baptist Church, he is on the Youth Leadership Committee. He also serves as a “yoke fellow” with the deacons of Westside, where he makes visits, participates in service opportunities, and takes part in deacon’s meetings to prepare him for one day becoming a deacon.

Jacob’s future, that he already has lined up, includes attending University of Alabama at Huntsville and majoring in Engineering. He hopes to do this as a part of the Honors College. While there, he will specialize in Chemical Engineering. He will eventually choose a path between Materials and Biotechnology (The two types of Chemical Engineering). Both options seem to fascinate Jacob and he went on to explain to me the differences in the two types. He broke them down where an athletic director could understand the two. To summarize, Materials deals with fuels and alternative fuels and he could work for NASA. Biotech deals with improving technologies that doctors and physicians use. He decided, “either way, I will just help make the quality of life more efficient”, which sounds like a great plan.

When thinking about his high school experience, Jacob will remember Friday nights the most. 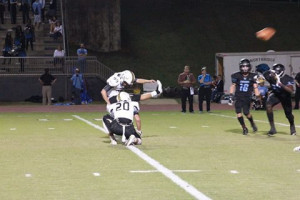 He says “you just can’t beat it”. He added, “being a kicker is totally different because I might only get four or five snaps a game, I have to make every one count. For most other positions, if you get beat, you can just get up and play the next play. All my plays were pressure situations, and I had to be prepared because there might not be a next play for me. I loved that opportunity”.

He has two greatest memories as a Viking. One memory occurred in a win, and won occurred in a loss. Jacob marks the Hueytown football game his sophomore year as his greatest football memory. In that game, the Vikes clinched the Region Championship. In soccer, his greatest memory was the atmosphere at the Gardendale game last year. It was a “win or go home” situation, and unfortunately the Vikings finished second that day, but Jacob said “it was just an unbelievable game, and I’ll always remember it”. 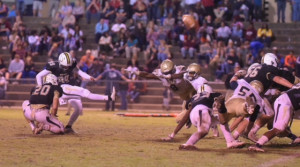 athletics, and Jacob is no different. He says that he learned, “sometimes you get knocked down, but you’ve got to get back up and keep going”. He also learned the value of commitment. He explains the great things that high school athletics offers by saying, “You are playing for more than just yourself. You are playing for your family, your community, and all of your teammates- your brothers. You’re playing for those injured guys who can’t play anymore. It’s a special opportunity”.

Each student has a special teacher that has greatly impacted their life. That teacher for Jacob is Coach Greg Tinker. Coach Tinker taught Jacob’s 8th grade history class. Jacob said, “Coach Tinker made it real for me that I was preparing for my future. He is a great man of God who stood up for what he believed in. He caused me to try to be better, and become the man that I need to become. He set that example for me”.

To younger athletes, Jacob would advise them to “enjoy every moment you get out on that field. You never know when it’s your last play”. He goes on to give further advice saying, “truly buy into the coaches plans. If you want to change culture, you have to buy in. You are either all in, or you are all out”.

Jacob would like to thank his parents, his grandmother, and his grandfather (who was a big part of his life and passed away last January). He said all of them have constantly supported him in anything he has ever done. “I can never thank them enough for the constant support that they have provided throughout my life”.

We would like to thank Jacob for the impact that he has made in our school and throughout the community of Jasper. When he walks out of the doors of Jasper High School for the final time, we will have big shoes that will need to be filled. We would also like to thank Warehouse 3Nineteen for helping us honor Jacob and the positive impact that he has had throughout his time here.