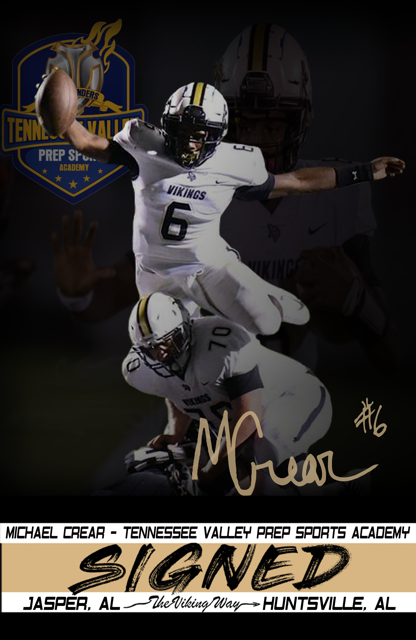 Michael Crear has signed a Letter of Intent to continue his football and academic career at Tennessee Valley Prep Academy. Michael will prep at the Huntsville Prep Academy in preparation for continuing his studies and football career at at 4-year school in the fall of 2020. 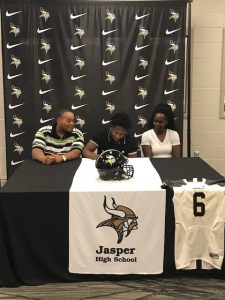 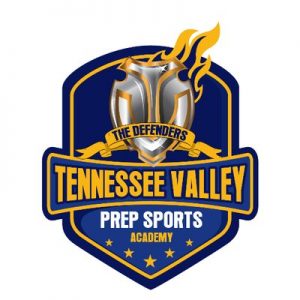 The 5A All-State Quarterback chose the prep school route to give him another year to mature both academically and physically without losing a year of eligibility. 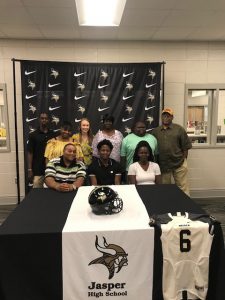 While in Huntsville, he will play quarterback for The Defenders, but will not rule out the possibility of playing some receiver or defensive back for Coach Jason Boykins. Mike was drawn to the school because it did offer him that year to compete and grow, while not impacting his NCAA eligibility.

Micheal’s career goal is to become an EMT, and he will pursue an academic major that will prepare him best for that.