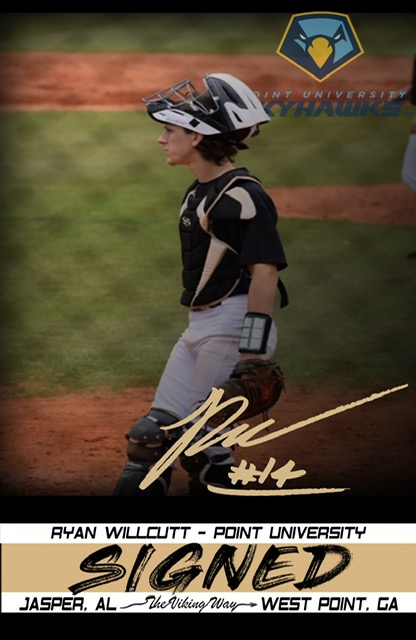 Ryan Willcutt becomes the 11th member of the Jasper High School Class of 2019 to sign a National Letter of Intent. He has pledged to play his collegiate baseball at Point University in West Point, Georgia. 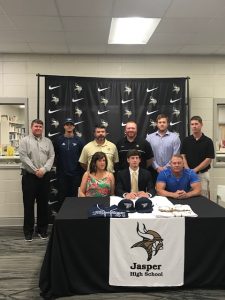 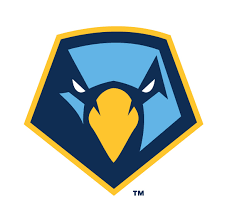 Ryan says, “after I attended a showcase at ASU, I began talking to Coacy Tyler, and I really liked him”. He goes on to say that he ultimately picked Point over other schools because of that relationship. “After I took my campus visit, I knew that was the place I wanted to go”. 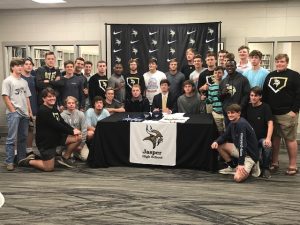 Being a part of the baseball program is very important to Ryan, but he also looks forward to the academic side where he will get a first class education. He plans to major in business, and with his background in welding, he plans to start his own welding business after earning his degree.