In a high school, there are several kids who shape the face of your school. They are the thermostats. They do not measure the temperature of the environment like a thermometer would, they are the creators of the environment. At Jasper High School, culture is king, and the students who create that culture are prized. This week’s Warehouse 3Nineteen Student Athlete of the Week is a member of the National Honor Society, the Beta Club, Mu Alpha Theta, has been in the Show Choir for four years, and is a State Champion Tennis Athlete. Jack Bryan is a difference maker at Jasper High School, and for that reason he is the Warehouse 3Nineteen Student Athlete of the Week. 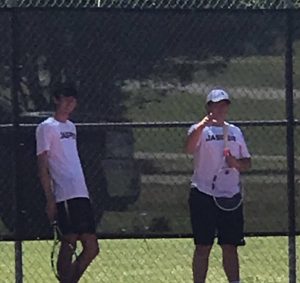 Jack Bryan is the son of Bob and Missy Bryan. He currently carries a 4.46 weighted Grade Point Average, and has a super score of 34 on his ACT. He has been in the Duke Talent Identification Program for the past four years. Jack has represented Jasper High School at Boys State, is a member of Walker County Youth Leadership Program, is enrolled in the Youth Leadership Development Program, and also is a Hugh O’Bryan Youth Leader. With all of his co-curricular activities, Jack still finds time to volunteer, with his greatest volunteer experience coming with his church, Desperation, at the annual July 4th Jasper Fireworks Show.

There are certain memories that stay with you forever, Jack says that the 2018 Volleyball State Championship that Jasper High School won will always be a great memory for him. “The way that all of our students supported volleyball as they won the State Championship is something that I will never forget. To see the way our school went crazy for them was awesome”.

When a student walks out of the doors of high school for the final time, there are things that they miss. These things are never the same. When they come back as an alumnus, its never quite the same. For Jack, what he will miss most are the “Friday Night Lights”. The way that he described the football gameday experience in the student section really expressed how much fun he has had during his time here. 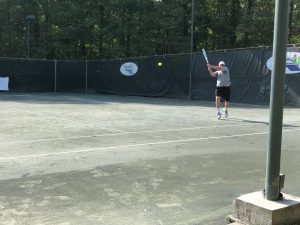 When Jack thinks about his future, he can’t help but smile, and actually, I can’t help but smile when thinking about Jack’s future. A young man with the world as his possibilities, with all the options that are available to him, doesn’t struggle when considering his life’s path. As far as college choices go, Jack has narrowed his choices down to Georgetown, Notre Dame, and Duke. He will major in Government and Political Science/ Pre-Law. His future plans include becoming a US Senator. Before his time in the senate, he would like to practice law or be a lobbyist.

Any student that has achieved at the level that Jack has, has had several people who have positively impacted his life. As he recalls these individuals, he carefully recounts how each has touched his life. “Mr. Easterwood at TR Simmons Elementary School showed me how to be a great man, Mr. Cordle showed me how to be a great writer, and Coach Tinker gave me amazing life lessons and helped to shape me into the man that I have become”. Jack is very thankful for the opportunities that he’s been given, and would like to thank his “dad and mom for raising me in an environment where I can be successful and grow in life”.

We would like to thank the folks down at Warehouse 3Nineteen for helping us recognize Jack and all the other student athletes at Jasper High School. If you get a chance, head to downtown Jasper and find Food, Fans, and Friends. I recommend the gumbo, it’s one of my favorites.

Away vs Pelham, Mountain Brook
5:30 pm
View All Events