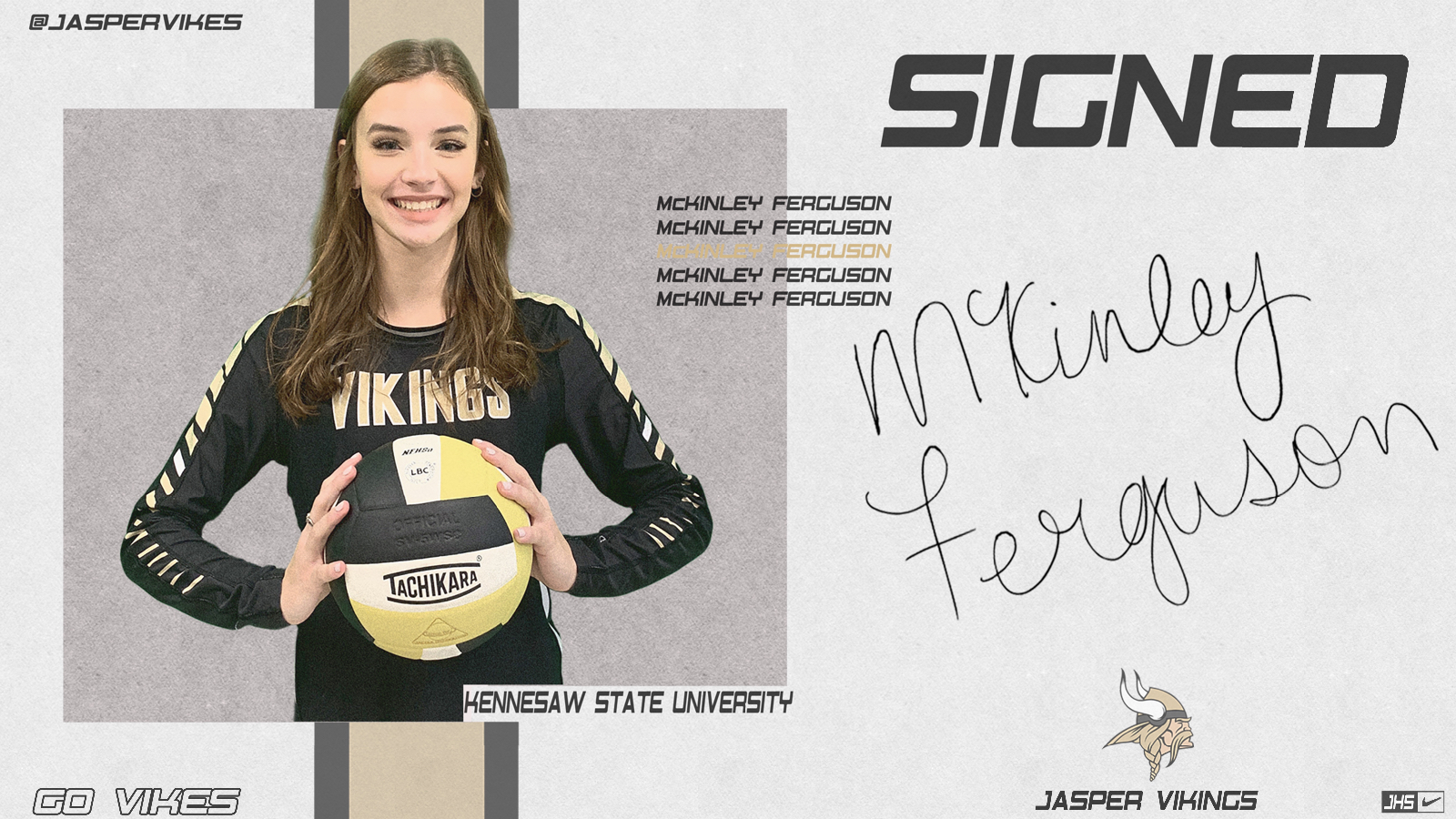 McKinley Ferguson fought back tears today as she addressed her teammates, family, coaches, teachers, and fellow students at Jasper High School. It was a day that she had been waiting- working for, for many years. She fought back tears because all of the kills, aces, workouts, sprints, matches, wins….. They all mattered to her- all of them. She embraced the grind. Head Volleyball Coach Bobby Daniels summed up the program that McKinley help build very eloquently by stating, “When your best players are your hardest workers, you have a great chance to experience success”. Our best players were are hardest workers, and we have experienced success. Hard workers are also rewarded individually. 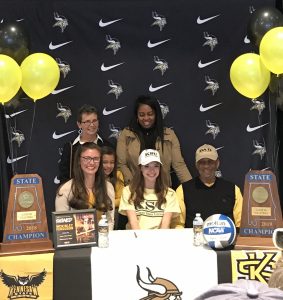 McKinley was named to the All State tournament team as a Sophomore, when the lady Vikings finished runner up in 6A in one of the greatest Championship matches our state has ever seen. She was named the Most Valuable Player of the 2018 State Championship Match, Jasper’s first State Championship. She was also named to the All State Tournament this season- another 5A State Championship win. Along with these accolades, she has been named all-state team 3 times, and recognized as a “Super All-State” Player twice, earning the North MVP in the annual AHSAA North/ South All-Star Game as well. She is quick to share each and every one of these individual awards with her teammates, taking very little of the credit.

She had to take some of the credit on Wednesday afternoon, as she became the first Viking in the class of 2020 to sign a National Letter of Intent. Her pledge is to play volleyball and continue her education at Kennesaw State University. 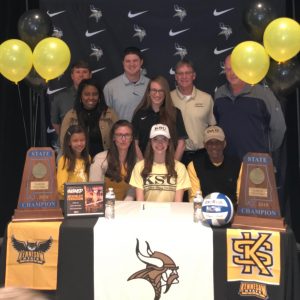 McKinley was very complementary of Head Coach Keith Schunzel, and looks forward to suiting up for the Owls, who play in the ASUN, a Division I volleyball conference.

“Lou” could fill several different positions for the Owl program, who are currently 20-8 on the season, with victories over Power 5 schools Alabama and Georgia Tech. According to a release from the Kennesaw athletic department, McKinley will most likely play Setter and Outside Hitter while in Kennesaw, Georgia.

McKinley is undecided on her academic major, but would like to pursue a career as a traveling nurse after her playing days are over. She chose Kennesaw over several other offers because “I just felt at home”. She went on to say that “the people there, the location (30 minutes from Atlanta), it all just came together to make it an easy decision for me”.