Both the varsity and junior varsity squad had events at Hayden over the Thanksgiving holidays.

The varsity team attended the Hayden Duals where the team wrestles other teams instead of individually. The Vikings ended up placing 2nd out of 9 teams and wrestled tough and focused.

Results from the tournament: 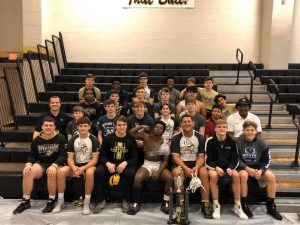 The JV team (7th-9th grade) attended the Sean Still Tournament at Hayden High School where they placed 5th as a team with many member placing.
Results from Sean Still

The junior varsity team wrestled extremely well with a chance to pull out a trophy at the end. 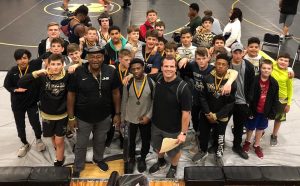