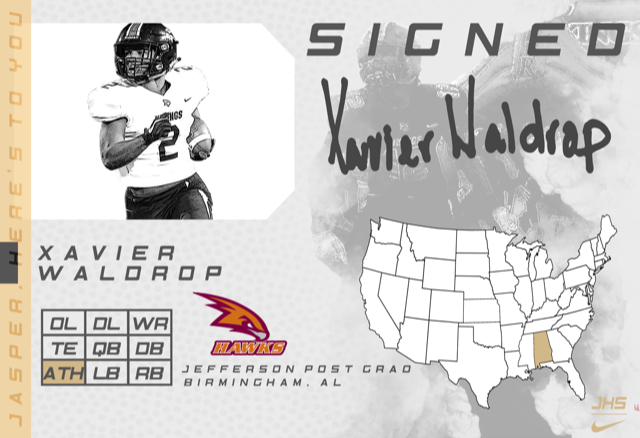 Xavier “Bert” Waldrop becomes the 9th member of the class of 2020 to sign to compete at the next level. He will begin his career spending a year in the prep school ranks at Jefferson Post-Graduate in Birmingham. 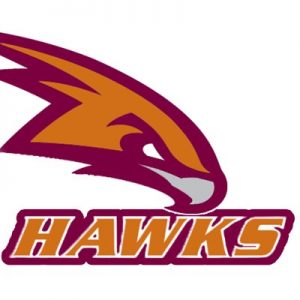 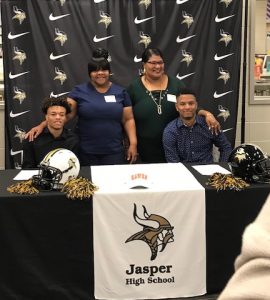 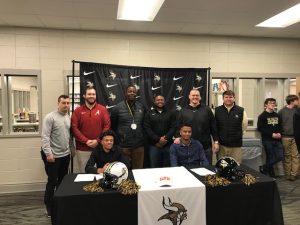 eligibility. He plans to play Wide Reciever for the Hawks and Coach Lorenzo Petty.

He chose Jefferson Prep “because I feel that it was the best decision for me at this time in my life”. While in college, Xavier plans to pursue a degree in Sport Management.

As “Bert” thinks about how far he has come in his life, he would like to thank “all of my coaches, family members, and friends” for all of the support that they have each provided him during his time here in Jasper.